January 27th 2015 marks the 70th anniversary of the liberation by the Soviet army of the three camps of Auschwitz I, Auschwitz II Birkenau and Auschwitz III Monowitz, the slave labour factory operated by German company IG Farben, the manufacturers of Zyklon B, the gas used to murder millions of Jews and other races/groups in the extermination camps.

For many, it will be a reminder that even the horror of that place could finally come to an end. For the survivors, a new, shaky and terrifying beginning elsewhere; some to Palestine, others attempting to return home to what was left. For the many thousands of perpetrators still free to enjoy their lives, with luck, a time for atonement for the heinous crimes they themselves perpetrated and helped to perpetrate. For Ephraim Zuroff and his courageous “Operation Last Chance”, an opportunity to play on the minds of those who have helped to hide the murderers and others party to the Nazi killing machine and to shame them into finally disclosing the whereabouts of the despicable thousands lurking in Europe, South America and beyond.

On that day, please spare a few thoughts for the millions who did not make it. As we near Christmas, take a look at the picture below. These are children’s shoes, placed carefully for the visitors to see, to remember, to never forget. 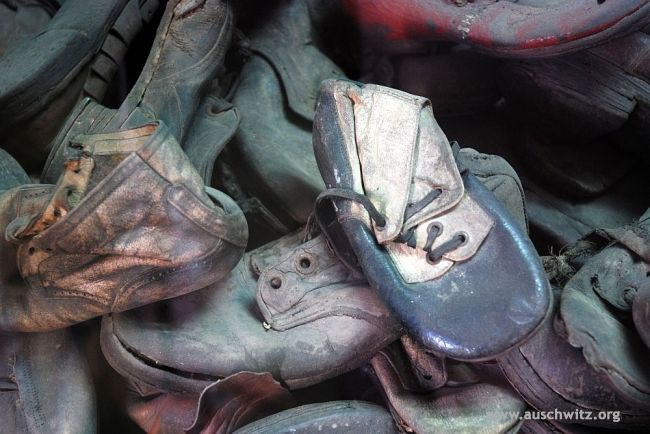